george soros  OSUN -how can collaborations of universities assist younger half of world be the sustainaility generation?-  -arguably the western world's biggest philanthropists (yes i understand there are gaes and buffett but in money spent soros started supporting south africa youth in 1970s so hes' the veteran living philanthropist as at dec 2021, along with romano prodi arguably the greatest witness of what the eu has spun right & wrong) which is not an easy sear to chair but absolutely vital if the biggest politicalpowers are tp do theur share in preventing extinction) announced billion dollar investment in university collaborations ate world economic forum 2021 -i implied leading connectors from all hemispheres included- it would increasingly connect his other knowhow network interests from open society branches to the institute of new economics founded after the subprime debacle to study economic maps from bottom up

here are some of the osun teachers attending wise dec 2021 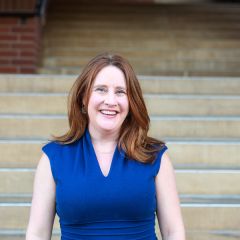 Center for Science and the Imagination, Arizona State University

Ruth Wylie is the assistant director of the Center for Science and the Imagination and an associate research professor in the Mary Lou Fulton Teachers College. Ruth earned her PhD in Human-Computer Interaction at Carnegie Mellon University and her bachelor’s degree at the University of California, Berkeley in Cognitive Science with minors in Computer Science and Education. Ruth concentrates on interdisciplinary, translational research that leverages knowledge and insights from theory and laboratory studies to answer real-world problems. Her previous research projects have been on the design, development, and implementation of educational technology for students and teachers in middle schools, high schools, and universities.
Posted by chris macrae at 11:29 AM


zzz
and families can exponentially sustain increasing productivity by making every community a thriving place to grow up in
systems crisis: while each of the 6 ways offers growth beyond the reality let alone imagination of what is possible without access to the new way, if we exclude some peoples lives from access to the new way then we will lose sustainability of our species- example by 1939 we'd reached world war 2; the root cause was slavery, treating huge populations of people as underclasses with no access to electricity grids or other win-win uses of ir1 and ir2; it took us 180 years for first machines glasgow 1760s to get into this worldwide collapse; the mathematician von neumann worked feverishly for 12 years to deliver ways out of this mees ir3, ir4; within 2 years of his death in 1957, jfk had declared moon landing was possible; ai labs stuying the ultimate consequences of ir3,ir4 had been twinned out of staford facing asia pacific, out of mit boston facing the old world- the 7 white of the big g8 empires whose 12% of people had colonised most of plant earth as if the majority of peoples lives did not matter including the two thirds who are asian and in america those whose skin colors had beem slaves; within 4 years of stanfords ai lab intel had such a huge order from a japan calculator manufacturer replacing slide rulers that the programable chip was invented so as not to be beholden to one client; and gordon moore declared his aluni would multiply 100 times more comp and coms (ir2.1) power every decade to 2020s when chips would rival switching powers of human brains- and computers could run real time platforms previously requiring manual government . So getting ir3, ir4 exponentially right -for every next child born -notably goals 1-6 as basics for life and natural diversity let alone futureoflife- had 75 years to tik tok from birth of the united nations.
0 agriculture
*ir1 = energy machines -engines delivering thousands then millions time more horsepower and infrastructure both transportation and pipelines -eg electricity, fuel, water enabled big cities to emerge as most peoples
*ir2 telecommunicating machines eg telegraph telephone radio television satellite mobile
* ir3 computing tools for human productivity beyond slide rules and paper reporting
*ir4 AI= Artificial Intelwhen computers taking over governing real time platforms
*society 5.0 gravitating livesmatter where every society next child is born in is a great place to grow up because it maximisse peace, culture, natural diversity win-wins including healthy connections with other places
inspired by fazle abed we are searching for HUNIcorns- global village sustainability solution networks too vital to exit
HUNI0 is where sir fazle aded started up global uni of poverty 50 years ago with a field lab of 100000 poorest villagers
HUNI100 - is the legacy - abed brac university which he started branstorming partners around 1999 - to celebrate both a new millennium and his 4th, 5th decades of end poverty networking
we see 5 action compasses of unicorns as gravitationally core to the bottom-up servant leaders maps designed by abed and partners who turned brac into the world's largrst and deepest ngo networl:
last mile health servant unicorns
ending poverty with financial unicorns
ending hunger with food/warter security unicorns
lifelong livelihood education unicorns for all ages
resiliemnt/safe social spaces so next child born anywhere has good chance to thrive